This is number three of fourteen music videos we shot on April 7th in St. Louis on Cherokee street. We’ll be posting them every Tuesday and Thursday for the next few weeks. Full project credits here.

Black James is normally a solo act but on this particular occasion Jennifer McDaniel had invited a organist, a zither player and a Thereminist to acompany her on this performance of this country murder ballad. Murder ballads aren’t really something you hear much of anymore. Most music about killing people is done in rap music these days, but there is a long tradition of murder songs in both classical and folk traditions.

You can find Black James here and here and hear more of her music here.

Audio for this video was produced by Steven Oppenheim. 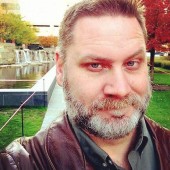